On Monday, November 10, 2014, Foo Fighters fans around the world (myself included) rejoiced with the release of Sonic Highways, the band’s eighth studio album. In honor of its release, this edition of Tuesday Tunes is dedicated to one of my favorite tracks, “Congregation.”

Choosing just one song to feature from Switchfoot was pretty tough. I’ve listened to their music for most of my life and I enjoy their entire catalog. I’ve always admired the transparency of their lyrics, as well as their willingness to tackle spiritual and social themes. 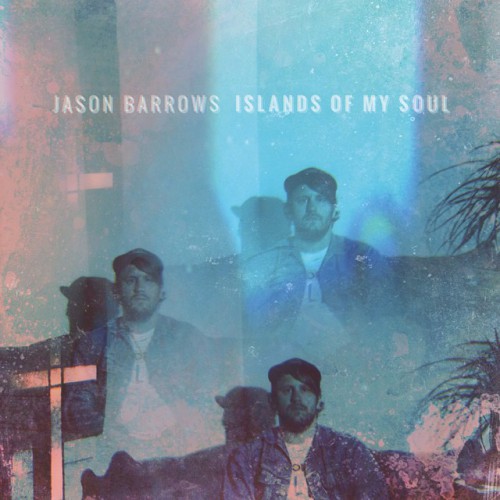 You know that awesome feeling you get when you discover new music and love it as soon as the first song starts? That’s exactly how I felt listening to Jason Barrrows’ new album, Islands of […]

Gene Simmons may have said that rock music is dead, but Lullwater, an alternative rock band from Athens, GA, is intent on keeping the genre very much alive. Lullwater formed in 2007 and has performed with their current lineup since 2012, consisting of John Strickland (lead vocals/rhythm guitar), Brett Strickland (lead guitar/vocals), Roy “Ray” Beatty (bass guitar/backing vocals), and Joe Wilson (drums). Lullwater’s self-titled album, released on September 17, 2013, pays homage to the grunge bands of the early 1990s who influenced their sound. Recorded on tape at London Bridge Studios in Seattle, WA and produced by Jonathan Plum, the album contains thirteen raw, energetic tracks that showcase Lullwater as a definite act to watch.

I had the pleasure of interviewing Lullwater before their October 11, 2014 show at The Cat’s Cradle in Carrboro, NC while on tour with Flyleaf and Ryan White. 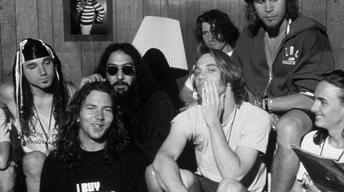 This week’s Tuesday Tunes features one of my favorite musicians, Matthew Mayfield. To date, he has released eight EPs and two full-length albums. “Take What I Can Get” is the second track on his 2012 album, A Banquet for Ghosts. In this 2013 AbsolutePunk.net interview, Mayfield discussed his reasons for focusing heavily on EPs instead of albums.

I’ve surfaced from the depths of midterm week studying to bring the first of a new weekly series – Tuesday Tunes. I’m shifting the blog to contain a mix of music and film content, so I figured that sharing some of the music I’m listening to each week would be a great way to begin.

Note: This post contains spoilers and is intended for those who have seen Upstream Color. This is not a review of the film, but rather, some of my thoughts on it as well a place for discussion. If you’re looking for my non-spoiler review of  Upstream Color, you can read it here.

I’m going to be completely hon

est. I’m feeling the pressure to make this post amazing. I’m still amazed by the response to my first review and I’m not sure this post will be anywhere near as articulate. Still, I hope you’re able to find some sort of meaning in these words. For inspiration, I’m listening to the soundtrack as I write this. Please buckle your seatbelt and prepare for a long series of thoughts and a few Biblical references. Shall we begin?

Whew. Where do I start with the masterpiece that is Upstream Color? *cue run-on sentence* This has to be my favorite film of Sundance 2013, and spontaneously deciding to stand 87th in the waitlist line for this film in the Library Center Theatre on a snowy Saturday afternoon in Park City, Utah will forever be recorded in my personal history books as one of the best decisions I have ever made, second to accepting Christ. *mouthful over*

Directed and written by Shane Carruth, and starring Shane Carruth, Amy Seimetz, and Andrew Sensenig, this film shows the aftermath of Kris’ (Amy Seimetz) life and psychological state after she is kidnapped and drugged by a thief. While trying to make sense of it all, a subway ride introduces her to Jeff (Shane Carruth), a banker with whom she shares a mysterious bond. They fall in love and try to figure out the supernatural force that is ruling their lives. It’s not entirely clear who, or what, this force is, but the pig farmer, played by Andrew Sensenig, looks a little suspicious, and I’m still not 100% sure of his role. However, his performance is captivating and downright wonderful, as are the performances of Carruth and Seimetz.

Director Matthew Porterfield explores a troubled family’s relationships in I Used to be Darker. Written by Porterfield and Amy Belk, the film stars Deragh Campbell as Irish runaway Taryn, Hannah Gross as her cousin, Abby, and John […]