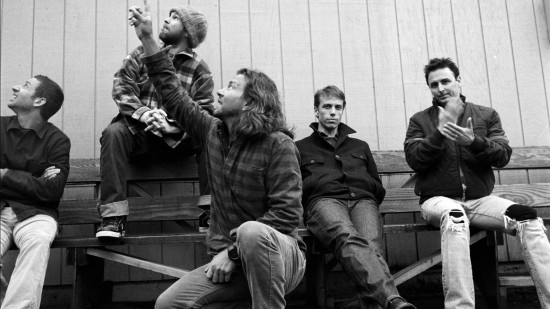 Lately, I’ve been listening quite a bit to Pearl Jam’s Binaural (2000). I feel it’s their most underappreciated album, and this week I’ve chosen my favorite track, “Parting Ways.” Several songs on the album use binaural recording techniques, which is the use of two microphones to create a “3D” sound. The band employed producer Tchad Blake to help create that sound and feel for Binaural. I’m really interested in binaural recording and every time I listen to this album, I uncover new sounds. Although “Parting Ways” does not use the binaural technique, it’s no less of a treat to listen to. Make sure you’ve got a good set of headphones for this one. It makes all the difference.

Here comes the fun part where I dissect the song a little. “Parting Ways,” to me, is the story of a couple realizing that their relationship is failing. They can see the end in sight, but neither of them wants to admit the inevitable. The lyrics are simple, but the music, especially the cello and viola, creates the somber atmosphere and the feel of increasing distance. Around 2:08, when the guitar comes in and before Eddie sings, “Drifting away…” that’s the hit: the exact moment when the relationship breaks. Even as a listener, it hurts. Isn’t music amazing?

Standing like a statue / A chin of stone, a heart of clay, hey / And though he’s too big a man to say, there’s a fear they’ll soon be parting ways.