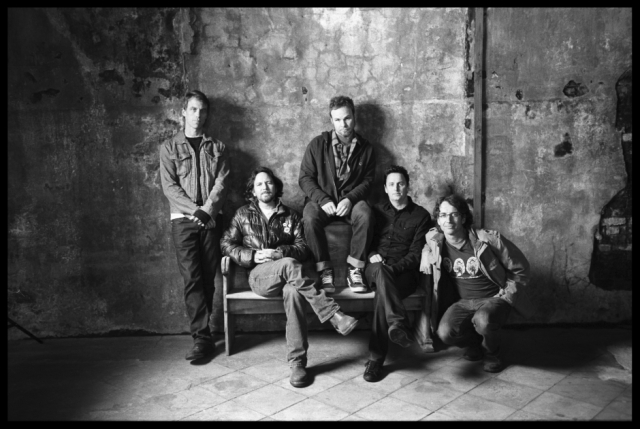 In October, a Pearl Jam fan named Andrew, known as @theboytemps on Twitter, asked his Twitter followers to rank their favorite Pearl Jam albums. Due to strong interest, he set up another poll to ask the “#PJFam” to rank their ten favorite songs by the band. “I did this one because people asked me to and took time out to submit lists of their favourite Pearl Jam songs,” Andrew said. “‘Black’ and ‘Release’ were undoubtedly going to be favourites but it was interesting to see such diversity in people’s other choices, which proved that Pearl Jam’s music reaches people on so many different levels.”

Tallying votes was easier for Andrew this time around with the implementation of Twitter’s new polling feature. Previously, votes had to be counted by hand as each individual reply came in. Here are the results in order from least favorite to most favorite:

*Full disclosure: I participated in the voting.

END_OF_DOCUMENT_TOKEN_TO_BE_REPLACED

It’s become increasingly popular for bands with large discographies to have their albums ranked from “best to worst” or “worst to best” by popular music magazines and websites. Pearl Jam is no exception, with Diffuser, Rolling Stone, Stereogum, and other sites contributing their own lists. However, one Pearl Jam fan was unhappy with these rankings, so he took to Twitter to get a different opinion – but this time, directly from fans. “I was irked by Rolling Stone’s readers’ poll that put Ten, Vitalogy, & Vs. at 1, 2, and 3 respectively, as if they [Pearl Jam] never improved after that initial period, when we know that to be far from the truth,” Andrew said.

Over the course of several weeks and 45 rounds of voting, Andrew, known as @theboytemps on Twitter, asked the “#PJFam” (a Twitter hashtag used by many Pearl Jam fans) to rank their favorite Pearl Jam albums. He presented two albums per round and fans voted for their favorites until the top ten emerged based on the number of votes received.

Here are the albums from least to most favorite, as ranked in Andrew’s poll: